“Our attitude towards immigration reflects our faith in the American ideal. We have always believed it possible for men and women who start at the bottom to rise as far as the talent and energy allow. Neither race nor place of birth should affect their chances.” Robert F. Kennedy

If you are looking for immigration lawyers in Orlando Florida with free consultation, you have come the right place.  The US is widely considered by many people to be the one and only ‘promised land’ for all those people who want access to a better life – the kind of life where they will be able to enjoy the fruits of lawful freedom. Perhaps, this is why the US is now considered to be the single most common destination for people who come here from all over the globe in a bid to escape their economic, social, and political woes.

The fact is that oppressed individuals of various marginalized societies communities and tyrannical countries all over the world see the US as the ultimate beacon of hope and light in their darkest hour. This is what compels them to build their home here so that they also get a chance to spend their lives free from bigotry and tyranny.

This seminal decision actually makes a lot of sense because apart from religious and political freedom, the US also offers amazing opportunities to excel. And this holds true regardless of any consideration regarding cast, race, creed, or even religious beliefs. In other words, if you are a law-abiding as well as a really hardworking person, you will actually be able to achieve the American dream once and for all.

And indeed, this is exactly why there are so many individuals who not only want to visit but ultimately settle here and become part of the American society.

This has a lot to do with the indisputable fact that it is the only country in the world that has granted its residents space to practice and even celebrate their culture as per their religious and traditional practices. And what is more, they can do the needful in a completely free and democratic environment. The kind of environment that had always been so conspicuously lacking in their native lands.

Basically, it is the wonderful pluralism of a heterogeneous society (devoid of discrimination and racial barriers) that acts as a magnet for prospective immigrants.

Here, it is pertinent to note that having a dream and actually living it in real life are two entirely different things. This is because US immigration law involves a uniquely complex set of documents. The average immigrant who is unfamiliar with the labyrinthine maze of rules, regulations, and bylaws can easily end up becoming almost irretrievably lost.

In fact, these laws are very complicated. This is why you have no choice but to hire the services of well-qualified immigration lawyers in Orlando, Florida. They will help and guide you through all the requirements that must be fulfilled if you are going to have your immigration application approved by the relevant authorities. This holds particularly true for immigrants who are not aware of the specific category in which they should apply.

And speaking of categories, we have to keep in mind the various foreign entry quotas for every specific immigration category.

The American government has created an entire act of Congress for the express purpose of regulating and organizing the whole immigration process. This specific set of laws is known as the ‘INA’ ( The Immigration and Naturalization Act). This act contains all the really important laws that govern American immigration policy as it exists today.

This is why you should seriously consider hiring the services of a good firm of immigration lawyers in Orlando, Florida. This is because it is only when you hire a specialist immigration firm that you stand a chance of being able to get your application approved. The warren of bureaucratic red tape puts paid to most standalone applications. There are just so many requirements and legal lacunae that the layman almost always slips up. And once an application has been rejected, it is extremely difficult to have it accepted. Especially, since a precedent has been set and the American government is very fond of following past precedents when it comes to immigration law.

This means that not just you alone, but your immediate relatives would be able to move to the US as neutralized citizens. Thus, your loved ones will also be able to enjoy all the rights and privileges that will be granted to them as legal residents (green card holders) in the US.

Unfortunately, the very nature of these highly complex rules, regulations, and laws are centered around making mistakes. The US, like many other developed countries of the world, is having difficulty in coping with the massive influx of immigrants. This is why they have made the immigration process very tedious and difficult for the average person.

Here, even the slightest inadvertent mistake in any part of the usually extensive paperwork will almost certainly lead to the immediate rejection of the application. And as mentioned earlier, once rejected, it is all but impossible to succeed in subsequent attempts.

There is another aspect to this story. In case, your application has been received, there is a very strong possibility that it might be thrown to the bottom of the processing pile. However, a good firm of immigration lawyers in Orlando, Florida will have their contacts in the different immigration departments and they will try and make sure that your file is given priority over all those applications that have not been sent without legal representation.

There are many cities and towns in the US, but no city is as welcoming to new immigrants as Orlando, Florida. And as your immigration lawyers in Orlando, Florida will tell you, this city itself is one of the most serene, safe, and secure places in all of the US. Apart from that, it is immigrant-friendly because of the large numbers of immigrants who have settled here. This makes it a cultural melting pot where people of all ethnicities, beliefs, and orientations can happily coexist.

Apart from that, from an economic point of view, there are many air and seaports that exist close by. Throw in its balmy and temperate climate and you have a winner. But the benefits don’t stop here. From the financial perspective, the city is the economic hub of the state of Florida and it is the home ground of many different industries as well.

This is why Orlando has attracted a lot of highly skilled workers from all over the world. In fact, the state of Florida in general and the city of Orlando, in particular, are known for their affluence, especially when compared to the other cities and states in the region. This means that the average white-collar employee can take advantage of the city’s booming economy and at the same time, also help to contribute to it.

This massive surge in skilled worker levels has led to a real estate boom. And property prices in the greater Orlando area have seen a tremendous increase in their value. And as more and more people settle here, they also require ancillary services such as laundries, gasoline stations, service stores and the like. This way, there is also increasing depend for unskilled blue-collar worlds as well. And they too can earn higher than the national average

In the long run, such prosperity has made the city of Orlando in particular, and the state of Florida in general as an ideal location to settle down and grow roots.

Apart from the above, the heterogeneity facet of Orlando ensures that the city remains one of the most welcoming hotspots for prospective immigrants all over the North American continent.

In fact, the city’s unique liberalism has given it an intrinsic ability to broadly welcome people with open arms and hearts, regardless of their point of origin. All such newcomers are now able to settle into their own self-created niches.

The process of assimilation into the mainstream is considerably easier for them in Orlando Florida, since it is already brimming with their fellow new immigrants. And all of them are helped and welcomed by native-born Floridians so that they would be able to find their feet and enter the mainstream as fast as they possibly can. Of course, this will all be possible only if you were to go ahead and engage the services of a really good firm of immigration lawyers in Orlando, Florida.

These highly skilled and experienced professionals will be able to provide you with both factual as well as up to date information and data regarding various federal immigration policies. This is particularly important since such policies are subject to change without notice. And if you have applied as per an expired policy, the chances are that your application will, unfortunately, be rejected.

The first and foremost priority of the American government is to make the country safe against crime and terror attacks. This is why they vet all incoming immigrants to the greatest possible extent. Apart from that, the annual quota for national immigration is currently hovering around 675,000 individuals per annum. Once they hit this quota, they file away all pending applications for the coming year.

Nevertheless, certain categories can be allowed to exceed the 675,000 limits. Your immigration lawyers in Orlando, Florida, will give you full details of the category that has the best chance of acceptance.

Some of them include the following top priority categories:

In such cases, the immigration lawyers in Orlando, Florida will try and act as fast as they can so that all such families can be reunited as quickly as possible.

In light of the above, we can easily deduce that the family members of immigrants, as well as both highly skilled and even semi-skilled workers, can immigrate to the United States. But they can only do so if they can find themselves a well-qualified and experienced law firm of immigration lawyers in Orlando, Florida.

Such a firm will do what it takes and help and guide prospective immigrants so that they can realize their dreams by coming to the United States as permanent residents.

“I received a letter just before I left office from a man. I don’t know why he chose to write it, but I’m glad he did. He wrote that you can go to live in France, but you can’t become a Frenchman. You can go to live in Germany or Italy, but you can’t become a German, an Italian. He went through Turkey, Greece, Japan, and other countries. But he said anyone, from any corner of the world, can come to live in the United States and become an American.” Ronald Reagan 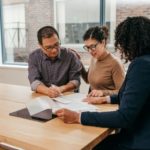